Since more than a decade Gero Matt is working on an unique category of fine art he defines as Magic Moment Fine Art Photography. A self-taught artist in the field of landscape photography, he is pushing the boundaries of precise retainment of unique moments of nature. For doing that, Gero Matt is applying highest resolution technology "end-to-end", including best-in-class lenses, high-resolution sensor-technology within the camera and state-of-the-art print technology. This allows to present his art in large scale prints, typically larger than 200 centimeters, which Gero Matt believes is required to bring across the magic moments adequately. 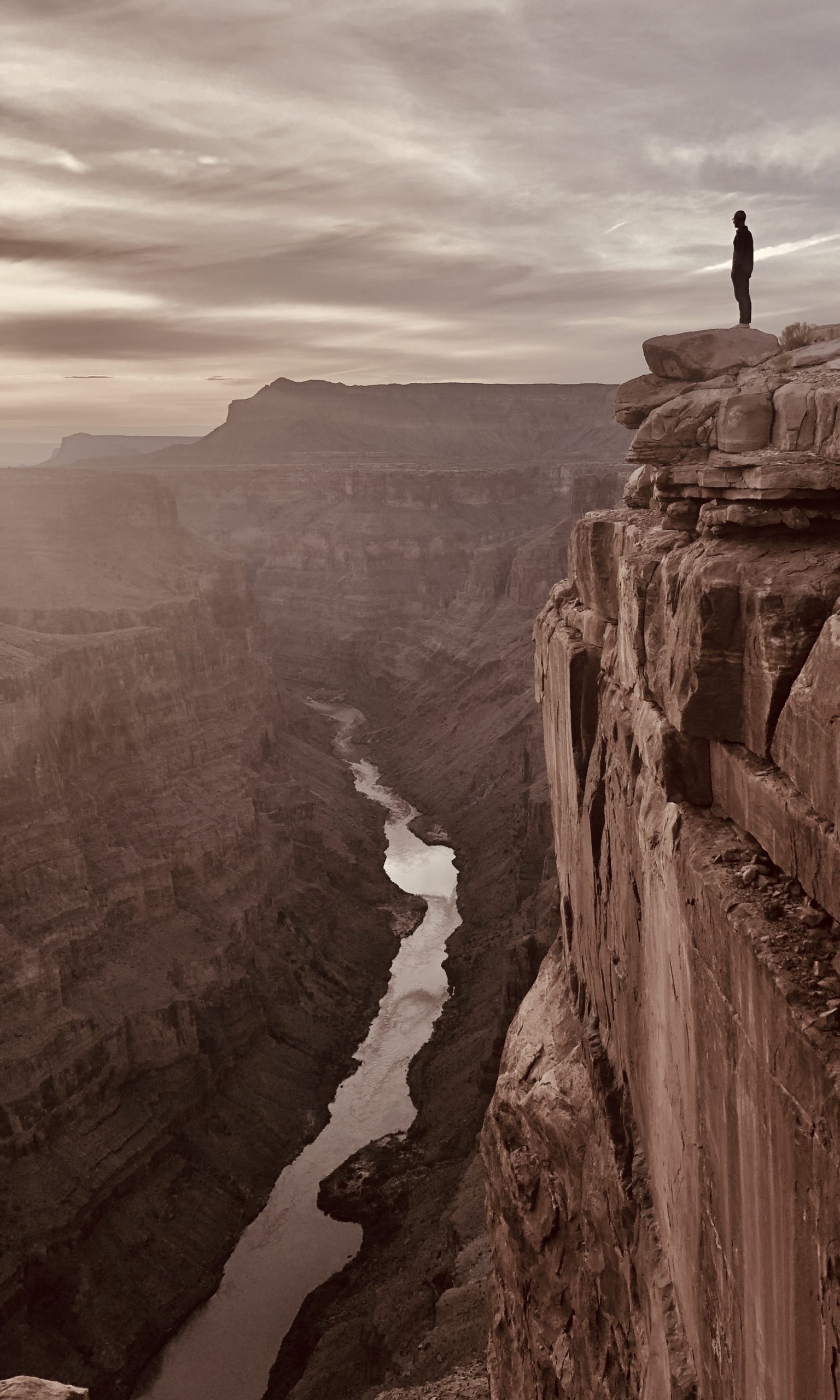 /How it all started

Gero Matt started taking pictures when he was still a child. Introduced to photography by his dad, he learned the basics with an analog SLR. It all started with a family trip to the southwest of the United States. Right from the beginning his passion for landscape photography was based on the combination of wanderlust with the fortune and joy of experiencing special moments at monuments of nature. To him art is about expressing the emotion of experiencing magic moments in nature. 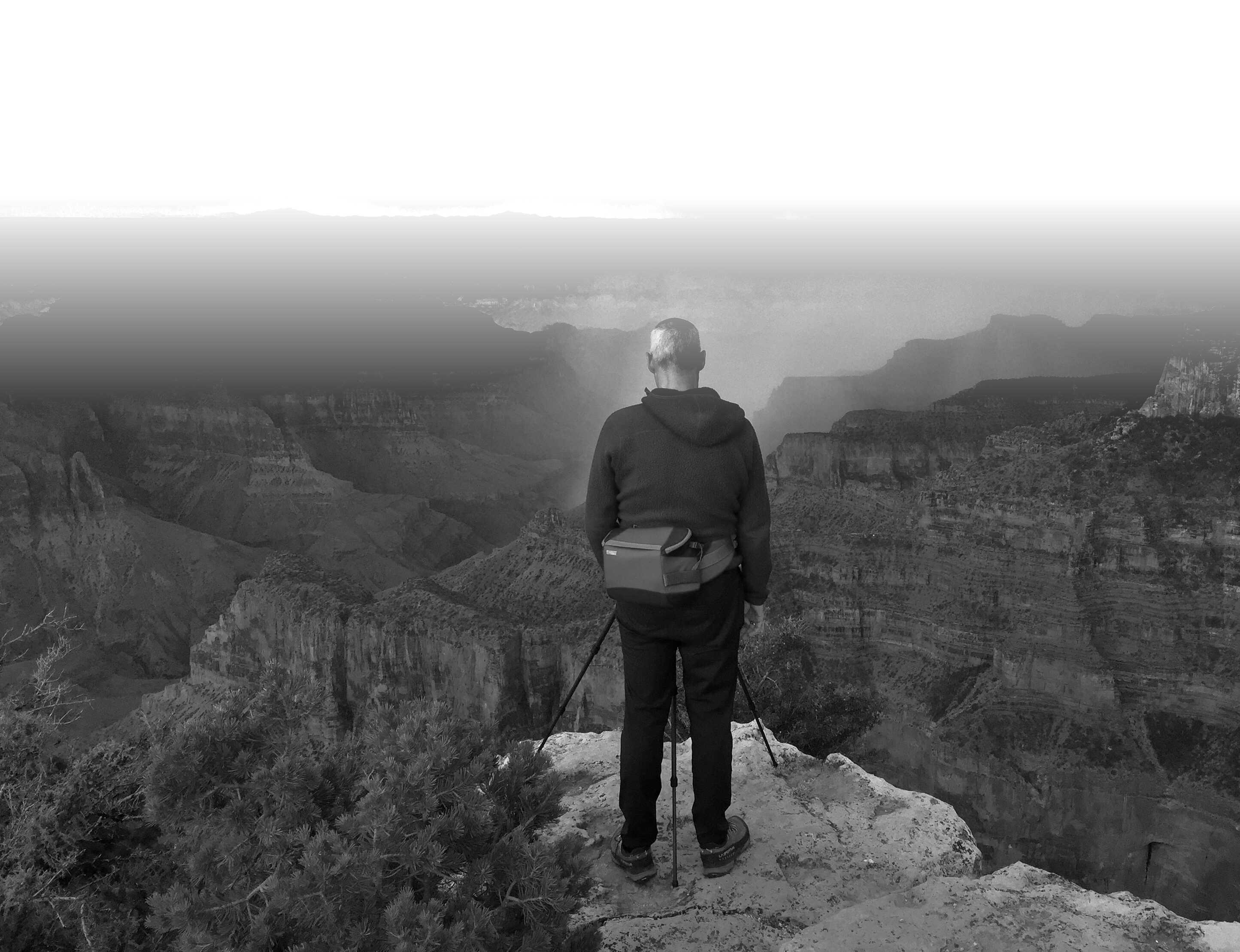 Gero Matt focuses on landscape photography, spending most of his time in national parks in the United States, Europe and Latin America. Boundaries are blurring though and he now integrates man-made structures into his interpretation of landscape photography. Best examples are the Meteora region in Greece as well as Lake Bled in Slovenia, the Toscana with Belvedere in Italy, or the Bridge of Ronda in Andalucia in Spain. 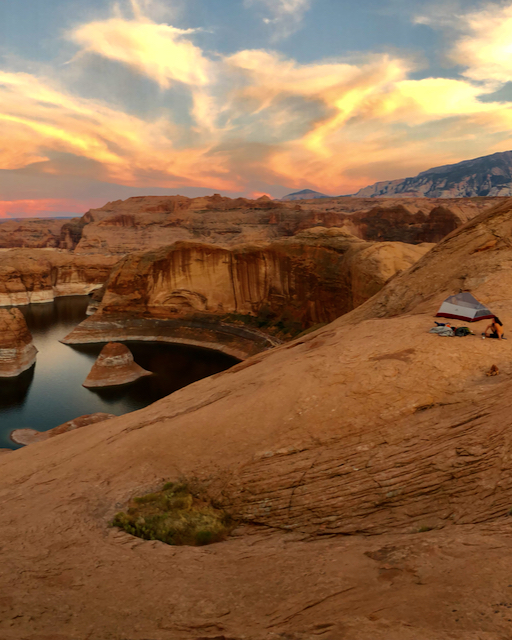 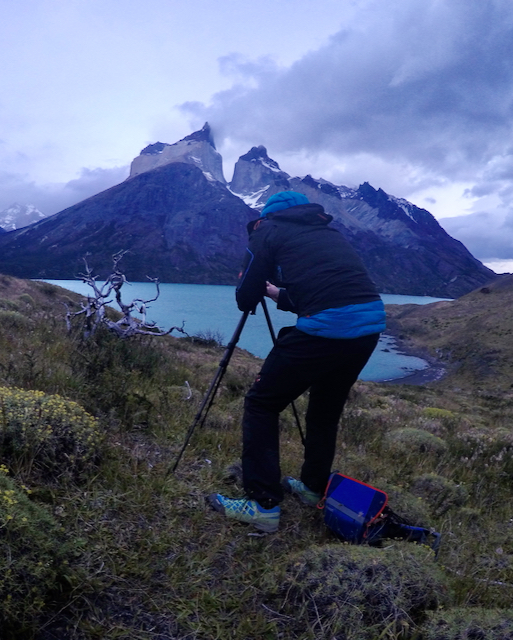 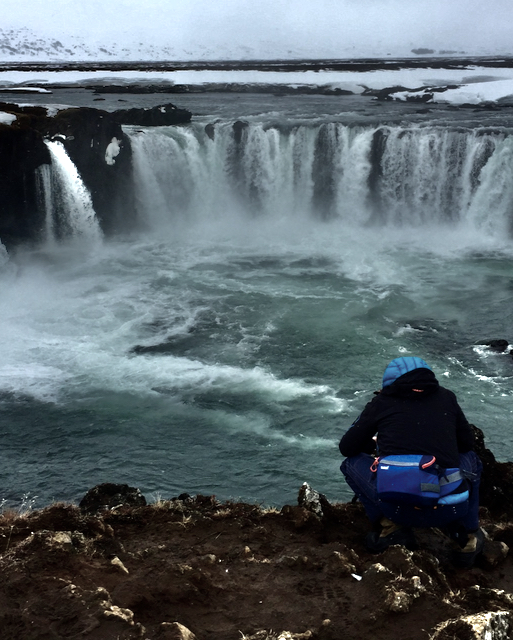 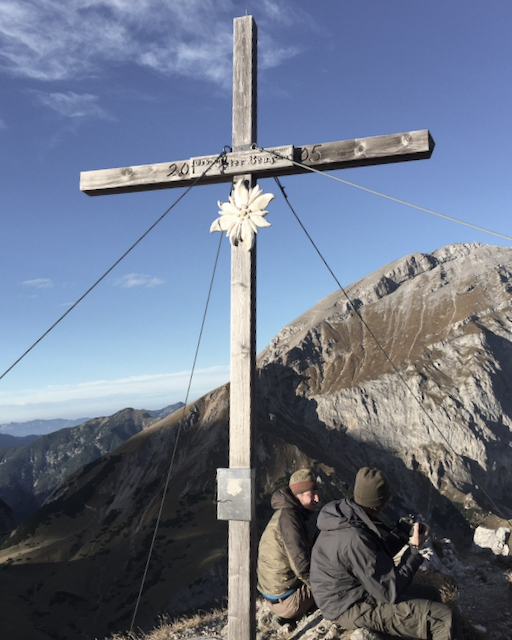 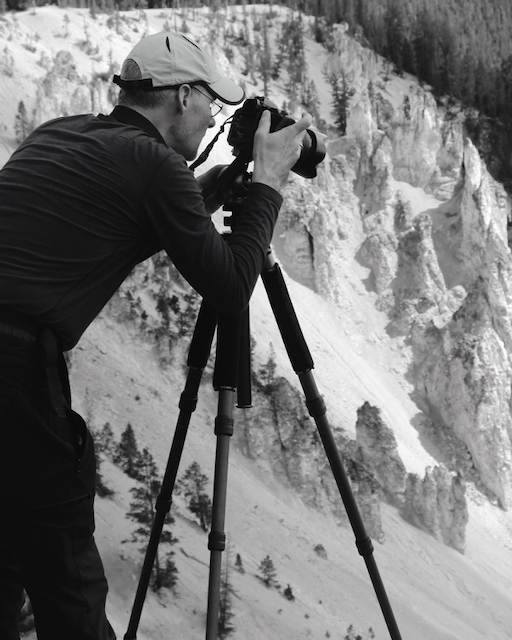 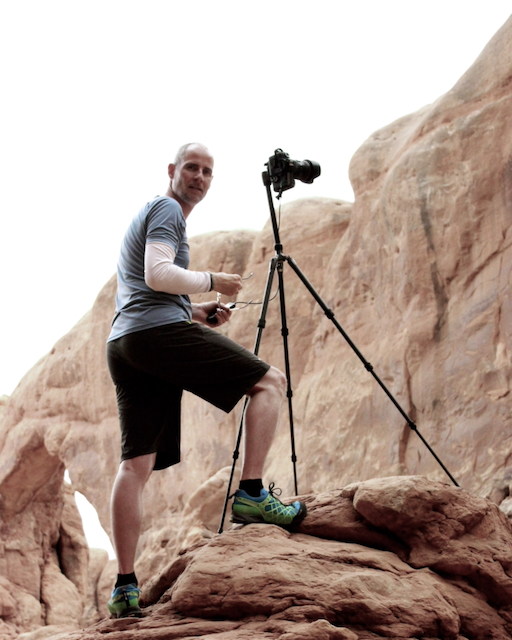 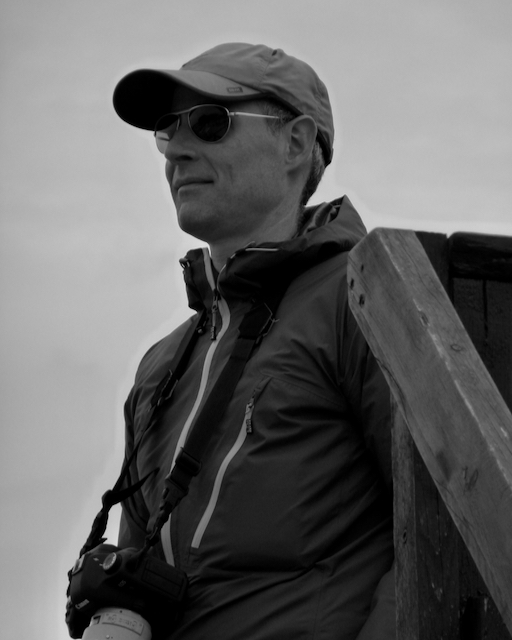 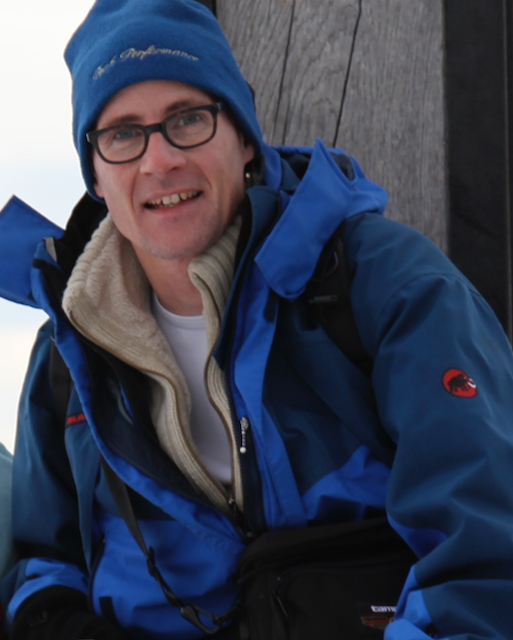 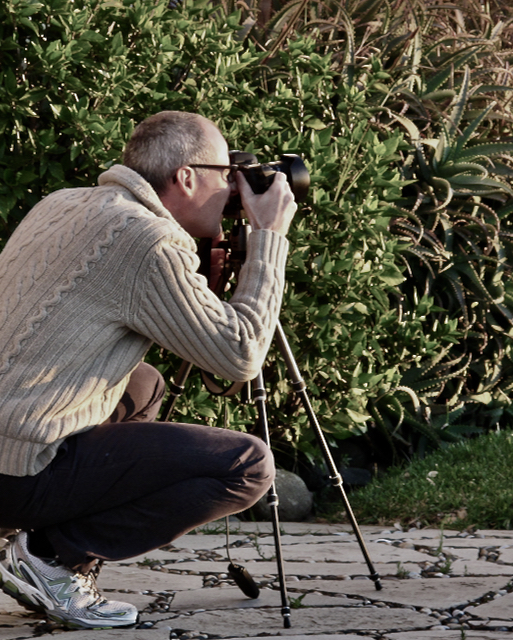 In Summer 2019 Gero Matt went back again where it all started. Based in Kanab, a small town of about 4000 inhabitants, Gero Matt stayed at the center of gravity of some of the most astonishing natural monuments on earth. Grand Canyon, Zion, Bryce Canyon, Glenn Canyon, Monument valley and many more unique places are just a few hours away. Gero Matt spent the summer focusing on the Grand Canyon - however the less frequented North Rim part as well as Toroweap - a part of the Grand Canyon that is only accessible by 4WD. He also spent time at the Zion National Park where he got a permit to hike into areas of Zion open to a very limited number of people. Gero Matt also spent time at the reflection canyon, which is a magic place where the Colorado river forms Lake Powell. Last and not least Gero Matt spent time in the very well known Yosemite National Park.

In 2018 Gero Matt spent time in less photographed places in the US, national parks and ecosystems of Texas and Louisiana. Big Bend National Park is located at the border towards Mexico, where the river Rio Grande is forming a natural border, but even more is providing wonderful magic places to capture in photographs. Louisiana and its swamps around the Mississippi river is forming an ecosystem, hardly accessible only with a canoe in waters that are the home for reptiles like alligators. The mysteriousness of the nature is supported by the vegetation, especially the cypress trees that are fully surrounded by still water mirroring them perfectly and providing unique photographic motifs.

2017 was the year to spend in a region of some of the most spectacular natural landmarks on the whole planet earth. The Torres del Paine National Park is a mindblowing place for everyone who loves nature. Nature in its purest form. If the wind blows, it really blows. If its raining, it is raining from all directions and you are wet in a second. Los Cuernos are landmark mountains you can see and feel nowhere else. So it is an eldorado for landscape photographers, with its very special challenges: The tripod still needs to be invented that withstands the windstorms of Patagonia.

Island is the Mekka for anyone addicted to magic moments in nature. All elements come together. Active volcanoes, amazing rock formations, strong winds. The dominant element is water, that appears in all physical states. Huge glaciers come with tall waterfalls and thermal sources and geysirs. Spring and early summer - still in the off season was the time in 2016, when Gero Matt spent quite some time on Island.

2015 was a year where Gero Matt discovered the German Alps and the Alpine upland. It is an area that is full of inspiration with so many magic places, where mountains are mirrored in wonderful lakes and sunsets are caught in cotton gras.

2014 - The Northwest of the United States

What an amazing mix of impressions and photographic challenges! 2014 was the year when Gero Matt spent most of the summer in the North West of the United States. Have you ever been to White Sands in New Mexico? Craters of the Moon is kind of the opposite. But for photography it seems even more challenging. But then as well Rocky Mountains, Grand Teton, Yellowstone Park and Badlands - all so unique with many magic places to experience. Definitely monuments of nature where Gero Matt wants to return.

2013 - The Southwest of the United States

In Summer 2013 Gero Matt went back where it all started. An amazing Summer he spent at Grand Canyon, Bryce Canyon, Monument Valley, Arches, Antelope Canyon and Zion. What the highlight was? A crazy question for anyone who has been there. And you always want to go back!

There is hardly a better place to enjoy La Dolce Vita than Tuscany. For photographers magic moments are followed by magic moments. You get up early to enjoy a wonderful sunrise with some mist in the valleys, and later on you zip an espresso or two and you enjoy an Italian breakfast full of lovely cheese and amazing Italian ham. Wonderful.

The Blue Land as part or the alpine upland was one of the focus areas in 2011. Especially in autumn it turns to a magic place. For good reason it already inspired many famous artists like Gabriele Muenter and Wassily Kandinsky

Andalucia is a special area for Gero Matt - for many years he spends some time in spring or summer at the costa del Sol. From a photographic stand point it is not an easy area especially in summer time when colorful vegetation is only found in the backland. White villages and ancient places like Ronda are real highlights for photographers trying to catch magic nature combined architecture from former times.

1 of 10
By continuing to browse the site you are agreeing to our use of cookies.